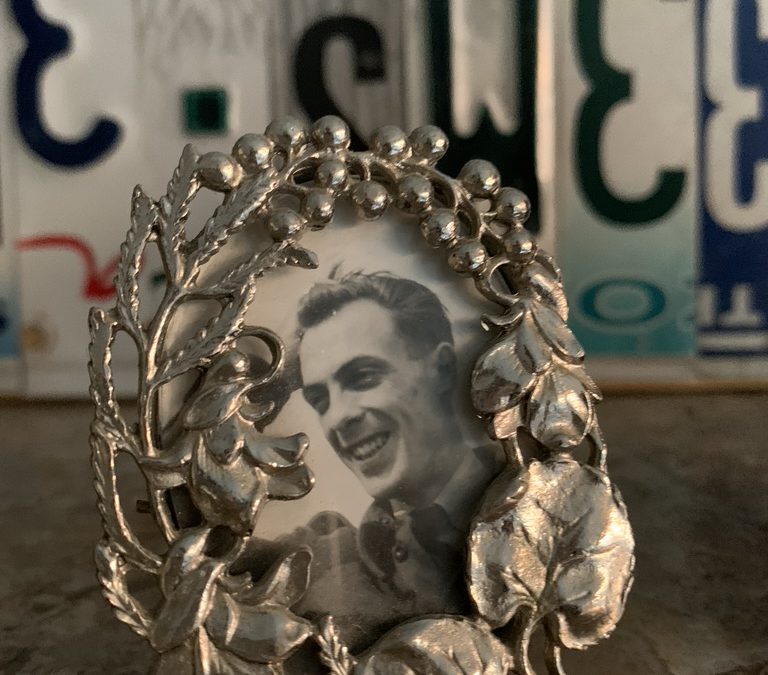 So proud of the traditional 4th May Remembrance Day ceremony in The Netherlands. A National 2-minute silence at 8PM as we commemorate those who lost their lives in World War II. Today, the ceremonial acts ring true deeply and honour so many after 75 years of our Freedom. ⁣

My father was a young British RAF soldier in WWII and fought for our freedom on the beaches of Normandy, on DDAY.⁣

My mum’s family on my Grandmothers side, were Jewish and most were murdered in the extermination camps in Poland. ⁣ ⁣

So I remember what it was like to grow up with war ever present in the house, in even the smallest of moments. ⁣

After my Dad’s pilgrimage journey to Normandy, I asked him: “what’s that huge scar on your belly anyway?”, he said: “Just a tiger bite darling and that’s all I will say about it!” -“Remember to always be compassionate, for you don’t know what people have been through or what they’ve seen.” ⁣

So many unspoken words as a child I really didn’t understand. I did, however, pick up on the messages.
The underlying patterns and dynamics carving a place in my heart as many of the people in my heritage didn’t get to live their lives.

All those lives unlived so alive in me. In honour of them, I will live joyfully and in compassion.

This website uses cookies to improve your experience while you navigate through the website. Out of these cookies, the cookies that are categorized as necessary are stored on your browser as they are essential for the working of basic functionalities of the website. We also use third-party cookies that help us analyze and understand how you use this website. These cookies will be stored in your browser only with your consent. You also have the option to opt-out of these cookies. But opting out of some of these cookies may have an effect on your browsing experience.
Necessary Always Enabled
Necessary cookies are absolutely essential for the website to function properly. This category only includes cookies that ensures basic functionalities and security features of the website. These cookies do not store any personal information.
Non-necessary
Any cookies that may not be particularly necessary for the website to function and is used specifically to collect user personal data via analytics, ads, other embedded contents are termed as non-necessary cookies. It is mandatory to procure user consent prior to running these cookies on your website.
SAVE & ACCEPT